Everyone wants to own one of the best Android phones, but not everyone can or should pay full price for one. Some people are happy to pay retail, but others are looking for a deal — and one of the ways to find discounts is to look for refurbished phones. As you’d expect, buying a refurbished phone isn’t as simple as walking into a store and asking for one — it takes a bit more research and understanding. To help you navigate it, we have all of the information you need right here to make a good choice in buying a refurbished phone.

What does “refurbished” mean?

Even though we see the word “refurbished” get thrown around a lot, that doesn’t mean it’s necessarily a standardized term. You may often see it used interchangeably with “recertified,” “reconditioned,” or just “open box,” or “pre-owned.” No matter the exact word, it generally refers to a product that was manufactured to sell as new, but for whatever reason was returned to the manufacturer — either by a store, reseller or customer — and is now ready to be sold again. They’re sold at a discount, and that’s why people are interested in them.

The terminology changes, but the idea is the same.

Refurbished devices could have simply been opened and returned to a store, but could have also been returned to the manufacturer for a malfunction that was then fixed before selling again. Most of the time, depending on the country where you’re shopping, a product that was purchased and opened — and possibly not even removed from the packaging or powered on — can no longer be sold as “new” and must be sold as refurbished instead. Stores, resellers, or companies themselves then have to discount the device because it technically isn’t new-in-box and therefore can’t command the same price as a new phone.

Unfortunately, it’s hard to know when shopping for a refurbished phone why exactly the phone has made its way to refurbished status or what was done to the phone to certify then that it was refurbished.

What to look for when shopping refurbished

The issue with refurbished phones is that you don’t necessarily know which of the possible pathways it took to become refurbished in the first place. The truth is you may never know, even after you have the phone in your hands. But there are some good tips to follow when shopping for a refurbished phone.

The best place to buy refurbished

The best for less

Amazon’s refurbished smartphone section is full of amazing deals. If you don’t need the latest and greatest — or you do, and you don’t mind it in refreshed condition — Amazon has a fantastic list of refurbished devices.

Where to buy refurbished

If you’re doing your research and are ready to buy refurbished, here are some great places to look that often have refurbished, recertified, pre-owned, or open-box phones.

You’ve probably heard of Gazelle if you’ve ever looked into reselling your phone; the site gives instant offers on phones (along with other devices like laptops and tablets), pays out via either Amazon gift cards, PayPal, or paper checks, and refurbishes the devices you send in to sell to someone else. This isn’t just a great way to make a quick buck on your old tech; it’s an environmentally friendly system that reduces e-waste by keeping gadgets in circulation for longer.

Of course, as a buyer, you can approach Gazelle with confidence, as well. Every device goes through a lengthy certification process to ensure nobody ends up with a lemon, and there’s a 30-day return policy in case you change your mind — that’s better than most carriers offer on brand new phones! Best of all, Gazelle frequently runs seasonal deals to bring your refurbished tech down to an even better price.

Gazelle refurbishes and sells phones it buys from consumers, and offers the last few years of popular devices from Samsung and Google (plus all of the latest iPhone models). This means there’s a small diversity of brands, but a great selection within the most popular ones.

Amazon’s Warehouse section doesn’t offer much in the way of refurbished phones, but it has quite a selection of open-box — which is to say, devices that someone else bought, then returned shortly after in fully functioning condition. We’ve all been there; you buy a product hoping for the best, then realize shortly after taking it out of the box that it just isn’t for you. Maybe you don’t like the software, or you bought an unlocked phone that turns out to be incompatible with your carrier.

Whatever the case, you’re well within your rights to return the device within the alloted period, and someone else on Amazon Warehouse will be happy to order it in your place. It’s important to note that these devices aren’t damaged or malfunctioning. This is more or less like buying a brand new device at a slight discount.

Amazon Warehouse doesn’t technically have “refurbished” phones (at least, not always), but instead sells opened-and-returned brand new (or gently used) products, which can be found at similar discounts to refurbs — but Warehouse has more latest-generation devices to choose from.

Just about everyone has a Best Buy near their home, and while the company has a reasonably wide selection of brand new phones in its mobile section, it also has quite a few less-than-new devices. Like Amazon Warehouse, Best Buy sells quite a few open-box and pre-owned devices, as well as fully certified refurbished models . You’re most likely to find the best deals on refurbished and pre-owned devices, while open-box phones will generally be closer to full retail price — they’re more or less new, after all.

One of Best Buy’s key advantages is its proximity; there’s a good chance you can pick up an open-box phone directly from your local store’s stock. For any online-only deals, they can ship the phone directly to you or hold it at your nearest location if you’d rather not worry about potential porch pirates.

Best Buy sells refurbished, pre-owned, and open-box phones from a variety of companies (though it’s heavily weighted toward Apple) at discounts ranging from 10-30% off. Open-box deals, in particular, are great because they’re typically devices that have just been purchased, opened, and returned, not even used. Because of this, you can often find the latest models of phones for sale, rather than just old models.

One of the most appealing parts of Back Market is just how transparent it is with its customers. The company works with phone repair technicians and refurbishers to sell phones of various conditions and price points, with ratings listed for everything from the physical condition of the phone to the amount of e-waste you’re saving by buying a pre-owned device.

All of Back Market’s devices come with a 30-day money-back guarantee and a minimum 12-month warranty, and the company runs regular flash sales to offer eye-watering savings on everything ranging from phones to laptops, tablets, headphones, and even computer peripherals.

Back Market works with phone refurbishers to form a marketplace where you can find refurbished devices of all types. Information on the refurbishing process is provided, and the listings are transparent about what damage is present if any. Also, there’s free shipping and a warranty.

When it comes to buying a phone, new or old, your first thought might be to check with your carrier — and who could blame you? Verizon has a small selection of certified pre-owned devices on its site, though we do mean small, and you’re unlikely to find any pre-owned devices in brick and mortar Verizon stores. Should you happen to find a deal, though, Verizon’s certified pre-owned phones come with a 90-day warranty to instill some confidence in your purchase.

Verizon has certified pre-owned devices, but the selection is small and isn’t always the best deal. For the most part, it only sells pre-owned Samsung phones and iPhones. Buying certified from the carrier gives you a bit of security, though, as Verizon will guarantee you’re getting a working device and offers a 90-day warranty.

Never one to be outdone by Verizon, T-Mobile offers it own selection of pre-owned phones — though like Verizon, the number of worthwhile devices it keeps in stock are minimal at best, and often times you might check to find zero devices available. Still, when the company does have devices on hand, it backs them with the same 90-day warranty and even requires every device to go through an 80-point inspection before it’s listed to ensure consistently reliable quality.

The Magenta carrier sometimes sells certified pre-owned devices at deep discounts, but stock fluctuates regularly (sometimes to the point where there are no phones listed online) and is generally limited to Samsung and/or LG phones when available. Like Verizon, it offers a 90-day limited warranty for its certified pre-owned devices, which have to first pass an 80-point inspection.

Lastly, there’s AT&T, though even if you’re an AT&T customer, the company’s refurbished selection may not be worth holding your breath over. Like T-Mobile, AT&T has a pretty desolate selection most days, and you won’t find any pre-owned devices in stores. In all honesty, you have a better shot at finding a great deal on a compatible unlocked phone from one of the other sites listed.

AT&T sometimes sells “certified restored” phones, but they’re only available online, and like with T-Mobile, the selection is more often than not completely empty. You’re likely better off buying an unlocked refurbished phone elsewhere.

Do your research, pick the right store, and compare prices before buying, and you’re likely to come away with a good phone at a better price than you would ever find on a new-in-box phone.


If you decide to import an OPPO Find X3 Pro from a country where it’s officially available, you’ll need to also find a case to protect it. And while there aren’t a ton of options out there just yet, these are the best you can get. 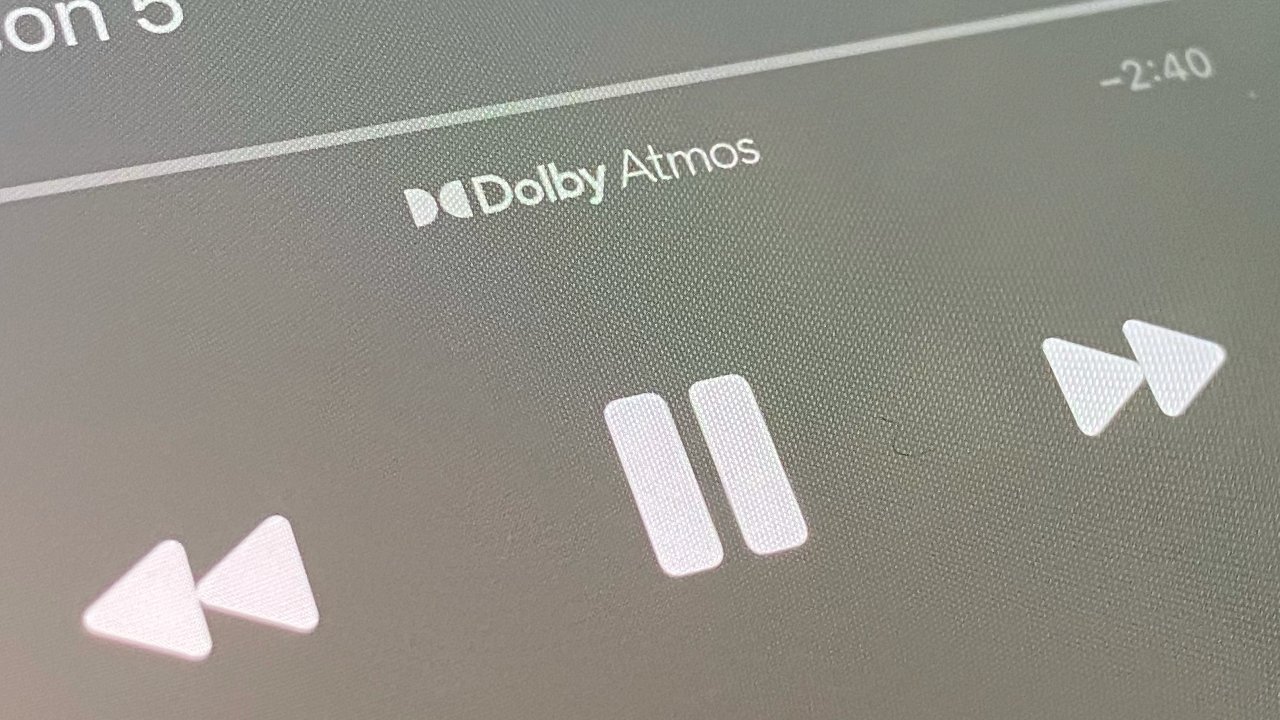 How to listen to Dolby Atmos music on Apple devices |...