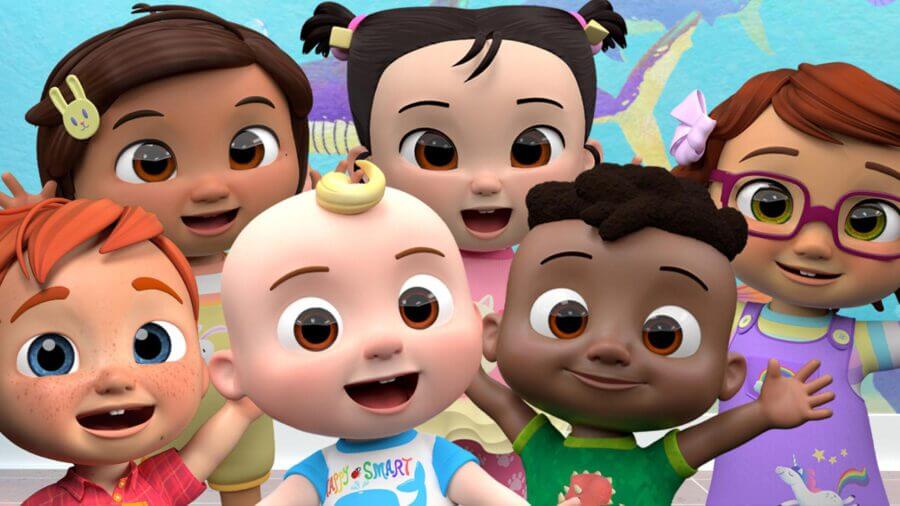 Moonbug Entertainment and Netflix are teaming up for new projects based on Little Baby Bum and the worldwide phenomenon that is, CoComelon. Here’s what we know.

First debuting on Netflix on June 1st, 2020, CoComelon has become a massive hit for Netflix in the US and around the world. It comes from Moonbug Entertainment who grew the children’s brand from their YouTube channel which as of today has over 105 billion views.

New seasons of CoComelon which consist of 4 episodes apiece have arrived in six months intervals since June 2020 with a new batch hitting in December 2020 and most recently in June 2021.

Since the top 10s were introduced in March 2020, the series has been in the United States for 316 days. It’s also a hit in locations like Australia, Canada, Ireland, the United Kingdom and the Middle East.

Nielsen also backs up the show being huge on Netflix with the show averaging half a billion minutes a week on average in the US alone.

It’s worth noting that CoComelon is now widely available across streamers with Hulu and Prime Video also carrying compilation seasons of the YouTube show.

Now that partnership is deepening according to Netflix.

In addition to new compilations which will reside under the main CoColmelon series, Netflix will also release a brand new series called CoComelon Lane.

That series will consist of 24 new episodes at 7 minutes each and “will deliver brand-new adventures from JJ and his best friends as they experience life’s big moments as little kids.”

The new CoComelon project is expected to hit Netflix in 2022.

Music Time is set to be 48 episodes and premiere on Netflix in 2023 and will invite “preschoolers at home into their first exploration of rhythms, sounds, instruments, and other music fundamentals.”

René Rechtman who serves as the CEO and is the co-founder of Moonbug said in a statement:

“With so many options available to kids and families, the popularity of Moonbug’s series on Netflix speaks volumes. With original shows to fan-favorites like CoComelon and Little Baby Bum leading the charge, we want to give viewers even more opportunities to connect through their favorite characters, stories and nursery rhymes.”

After looking over this Scanguard assessment, you should...
Read more
Previous articleApple evolving periscope camera tech to reduce iPhone bump | AppleInsider
Next articleGet Acer’s new Chromebook Spin 713 for less than the original with $80 off