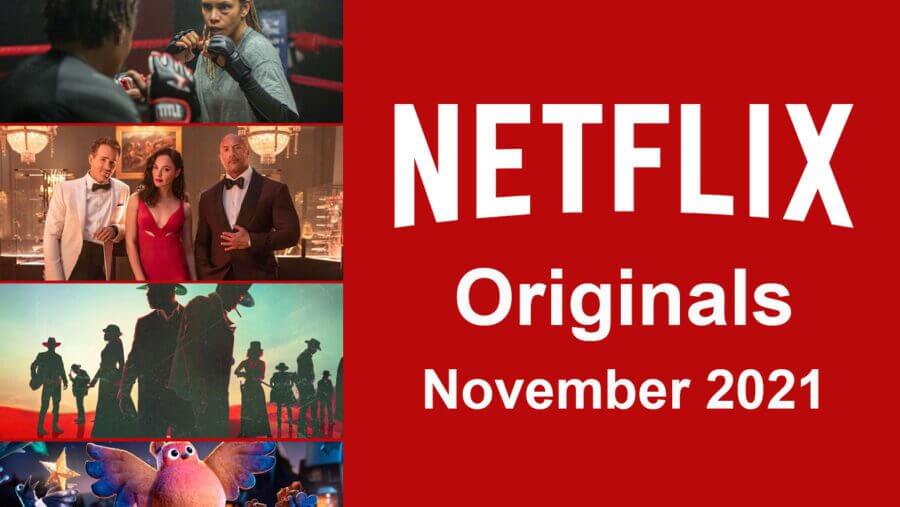 It’s time for an early look at the Netflix Originals that will be winging their way onto Netflix globally throughout November 2021. It’s going to be an action-packed month, particularly for Netflix Original movies.

Missed any of the previous months’ Netflix Originals? Check out our previews for September 2021 and October 2021.

The Harder They Fall

Announced back in July 2019, this new Western movie comes from the director, Jeymes Samuel and is seen by some as a spiritual successor to his previous 2013 western, They Die by Dawn.

“When an outlaw (Jonathan Majors) discovers his enemy (Idris Elba) is being released from prison, he reunites his gang to seek revenge in this Western.”

One of Netflix’s biggest blockbusters its ever created arrives in mid-November. It’s got three of arguably the biggest movie stars in the business right now with Ryan Reynolds, Dwayne Johnson and Gal Gadot fronting the action-comedy.

Directed by Rawson Marshall Thurber the movie focuses on an Interpol agent who is tracking the world’s most wanted art thief.

The movie reportedly has a budget of $160 million.

Netflix reportedly paid $20 million for this Halle Berry-directed movie that’s about an MMA fighter (played by Berry) who has been down on her luck in recent years but has a plan to get her life back in order.

From Aardman Animation (the studio behind Chicken Run and Shaun the Sheep) comes this 30-minute musical short shot entirely in stop-motion.

It’s about a bird that’s been raised by mice who begins questioning where she comes from.

We’ll keep you posted on all the new Netflix Originals coming in November 2021 as and when we learn about new titles. Keep this page bookmarked and let us know down in the comments what you’re looking forward to in the comments.