Snapchat’s has rolled out the latest version of its app which lets users delete sent or delivered Snapchat messages. Here’s how you can use this feature on your iPhone.

Snapchat’s “Delete Chat” feature allows you to delete a sent message from their servers and also from your friends’ devices as well. This feature has been introduced in 12th june.

Unlike WhatsApp, this feature may not always work. Here are some of the things which might not work properly.

If this option does not come on your device then make sure that you have the latest version of the app. If you still don’t get this option there is a high possibility that your device is not eligible for this feature. 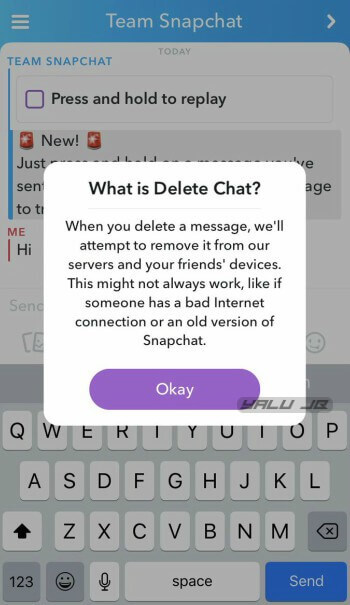 Additionally, Snapchat has not released and unveiled this feature in the statement, they tend to test new features only in some of the selected countries. Once the feature is ready, it becomes publicly available across the globe.

Step 1. Open the conversation which you want to delete a sent message from.

Step 2. Then the second step is to long press the message until the following popup menu appears on the screen. 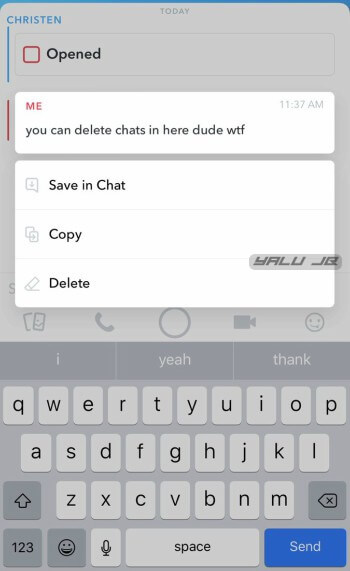 Step 3. As soon as a pop appears with “What is Delete Chat?” then you have to click okay.

Step 4. Tap Delete to permanently remove the selected message from your and your friend’s device. 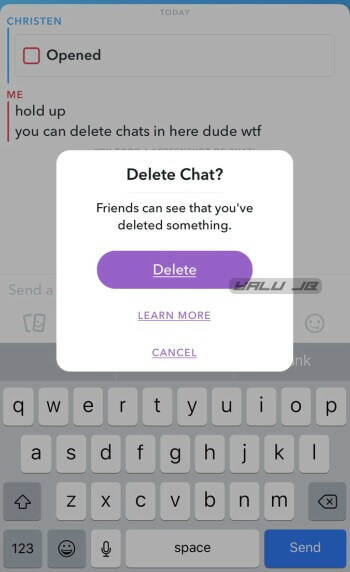 Keep in mind that his feature is not fully discreet. When you remove or unsend a message, there is a high possibility that your friends might be able to figure out that you have removed a message from the chat.

How to Create a Logo for Your Site and Business in...

Increase Your Traffic With These Highly Engaging Video Formats That Have...