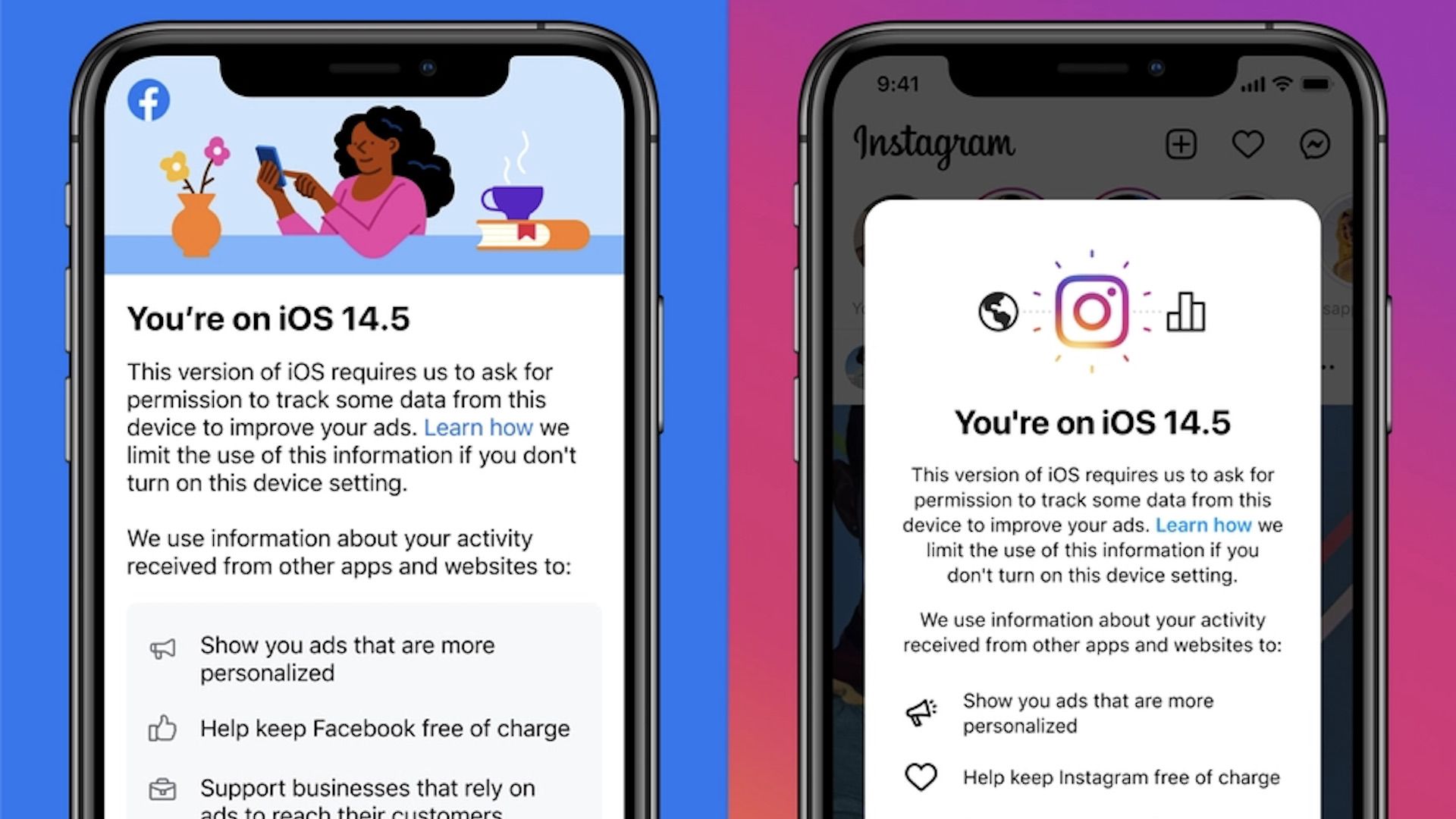 As a way to convince users to enable tracking across other apps and websites, Facebook is deploying the tactic of telling users that they must enable tracking as part of the App Tracking Transparency framework in iOS 14.5 if they want to help and keep Facebook and Instagram “free of charge.”

ATT or App Tracking Transparency is the newest privacy feature to come to iPhone and iPad devices as part of the iOS 14.5 update, released to the public last week. With the new update, apps are now required to show users a prompt asking for their consent before tracking them across other apps and websites.

A significant portion of Facebook’s business model relies on selling ads across its apps and services. Small businesses, for example, can use Facebook’s ad business to target ads to specific customers or demographics. However, if users on iOS 14.5 decide to opt-out of tracking, Facebook may have less data to deliver those personalized ads to users.

The update was released to the public last week, and every day more and more apps are beginning to display the ATT prompt to users. Facebook had previously given a glimpse of what the prompt will look like, and now, with the update released, the social media giant is slowly starting to roll it out to users. As spotted by Ashkan Soltani on Twitter, Facebook has updated it’s prompt to include the notice “Help keep Facebook free of charge.”

In an updated blog post, Facebook calls this updated prompt an “educational screen” that “help people make an informed decision about how their information is used.” Instagram, owned by Facebook, will also show a similar prompt to users asking them to enable tracking to “Help keep Instagram free of charge.”

As Apple has said that providing additional context is allowed, we will show an educational screen before presenting Apple’s prompt to help people make an informed decision about how their information is used. It provides more details about how we use data for personalized ads, as well as the ways we limit the use of activity other apps and websites send us if people don’t turn on this device setting. Our screen also lets people know that they’re seeing Apple’s prompt due to Apple’s requirements for iOS 14.5.

Facebook will be rolling out the prompt to more users in the coming days and weeks, so not everyone will see it right away. ATT was released as part of the iOS 14.5 update, which brought other notable features, including the ability to unlock an ‌iPhone‌ with a paired Apple Watch, major changes to Podcasts, and more. Check out our iOS 14.5 guide to see everything that’s new.