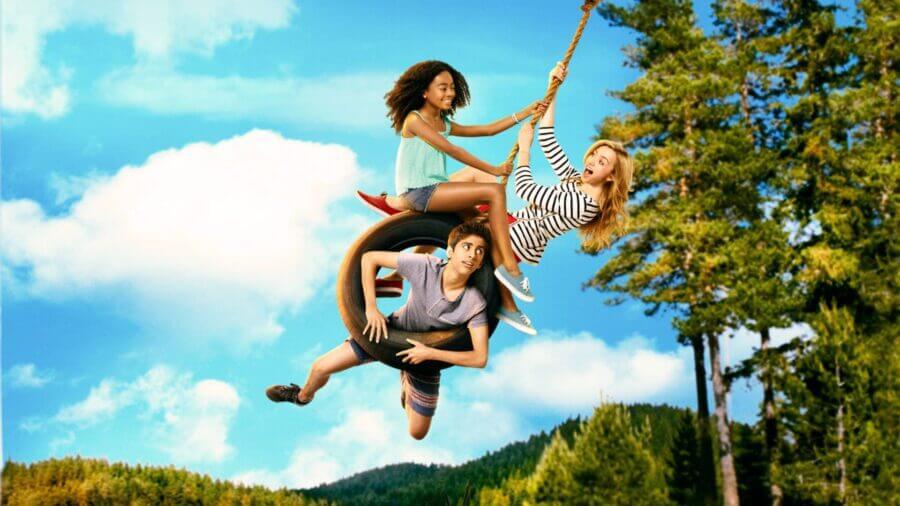 One of the last Disney series to be on Netflix and get regular updates is the Disney Channel series, Bunk’d. After completing its season 5 run on Disney Channel, it’ll now arrive on Netflix in the United States in September 2021.

Created by Pamela Eells O’Connell, the show follows a summer camp in Maine and comes from It’s a Laugh Productions. The show mainly split audiences at the beginning and given its IMDb score still in 2021, it’s still not the most beloved title from Disney Channel.

Despite having rather mediocre reviews, the show continues to get renewals from Disney with the most recent season being greenlit back in February 2020.

The 21-episode fifth season has been running on Disney Channel throughout most of 2021 with episodes starting back on January 15th and wrapping up on August 6th.

The new season sees a brand new camp season with some of the special guest stars to feature this season including Raini Rodriguez, Scarlett Estevez and Meg Donnelly.

Now a month later, season 5 of Bunk’d is scheduled to hit Netflix US on September 5th, 2021.

Will other regions of Netflix get Bunk’d?

Only Netflix US picked up the streaming rights to Bunk’d and given Disney’s global strategy, it’s almost impossible to conceive as to why Netflix would get to license the show elsewhere.

That means you’ll need to subscribe to Disney+ if you’re looking to stream Bunk’d.

When will Bunk’d leave Netflix?

As for when Bunk’d will depart Netflix in favor of its eventual permanent home on Disney+ is still up in the air.

The series is likely licensed to Netflix on a lifetime + x number of years after. If the series doesn’t come back for season 6, it’s estimated Netflix will hang 0nto the rights until 2025. If a sixth season comes, that’ll push the removal date back.

Are you looking forward to season 5 of Bunk’d coming to Netflix? Let us know in the comments.

After looking over this Scanguard assessment, you should...
Read more
Previous articleHow to use Health Sharing in iOS 15 | AppleInsider
Next articleSamsung who? AC readers are ready for the Google Pixel 6.