Future “Apple Glass,” or other Apple AR headsets, could use air deflectors to direct heat away from a wearer’s head.

Previously, inventors Phil M. Hobson and Sivesh Selvakumar were granted a patent for methods of keeping Apple AR head-mounted display (HMD) wearers comfortable for extended periods. Now they, and three more inventors, have filed a patent application to include a cooling system in the device.

“Air Deflector for Cooling System in a Head-Mounted Device,” is a newly-revealed patent application that is concerned with meaning a user can comfortably wear such a device for extended periods.

“Head-mounted devices are an attractive technology for providing an immersive user experience,” says the patent application. As with other electronic devices, head-mounted devices can employ a cooling system based on circulation of air to maintain electronic components at desirable operating temperatures.”

We’re all used to our laps getting hot with certain laptops, and possibly our pockets with iPhones when they’re tethering. A HMD that got uncomfortably hot would be right next to our noses, though.

“The cooling system can also be used to cool the user’s face from heat build-up inside the head-mounted device,” continues Apple.

It appears that’s easier to say than to then do, though, as Apple lists multiple problems. It says that managing “efficient operation without unduly detracting from the user experience is a challenging task for head-mounted devices.”

If only our heads were a bit more streamlined.

“The shape of the head-mounted device or layout of internal components can lead to a tortuous flow path for the cooling system,” says Apple. “The proximity of the air flow path to the user’s head can create undesired effects that detract from the user experience, such as excessive noise that interferes with the audio of the device in a noticeable manner.”

“Some head-mounted devices may employ movable components that can interrupt the air flow path, such as adjustable optics that can be moved to account for a given user’s interpupillary distance (IPD),” continue the patent application. “This adjustability can in turn make it difficult to design a cooling system in a given device that is suitable for different users.”

So our heads are an awkward shape, and AR/VR devices need parts that can move. Together, these two elements impede regular or natural cooling. 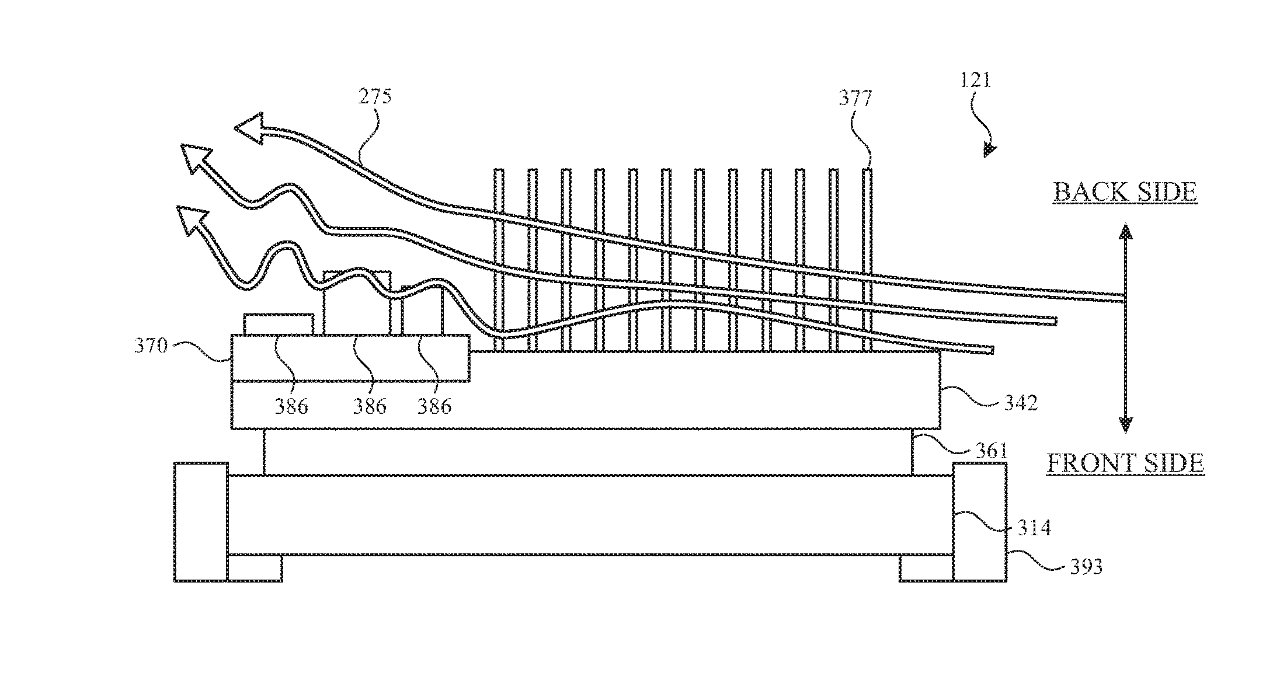 What Apple proposes doing instead is taking from the thermal cooling practices in computers, and adding air deflectors as typically found in air conditioning systems.

What’s more, these deflectors “can include an integrated heat sink,” or dissipate heat “via a thermally conductive interface material.”

It’s not that “Apple Glass,” or other headsets, will not also have fans. But the plan is to route heated air away from the user as unobtrusively as possible.

After looking over this Scanguard assessment, you should...
Read more
Previous articleSign up for a chance to test new PS5 features in beta
Next articleWhen will ‘Black Lightning’ Leave Netflix?