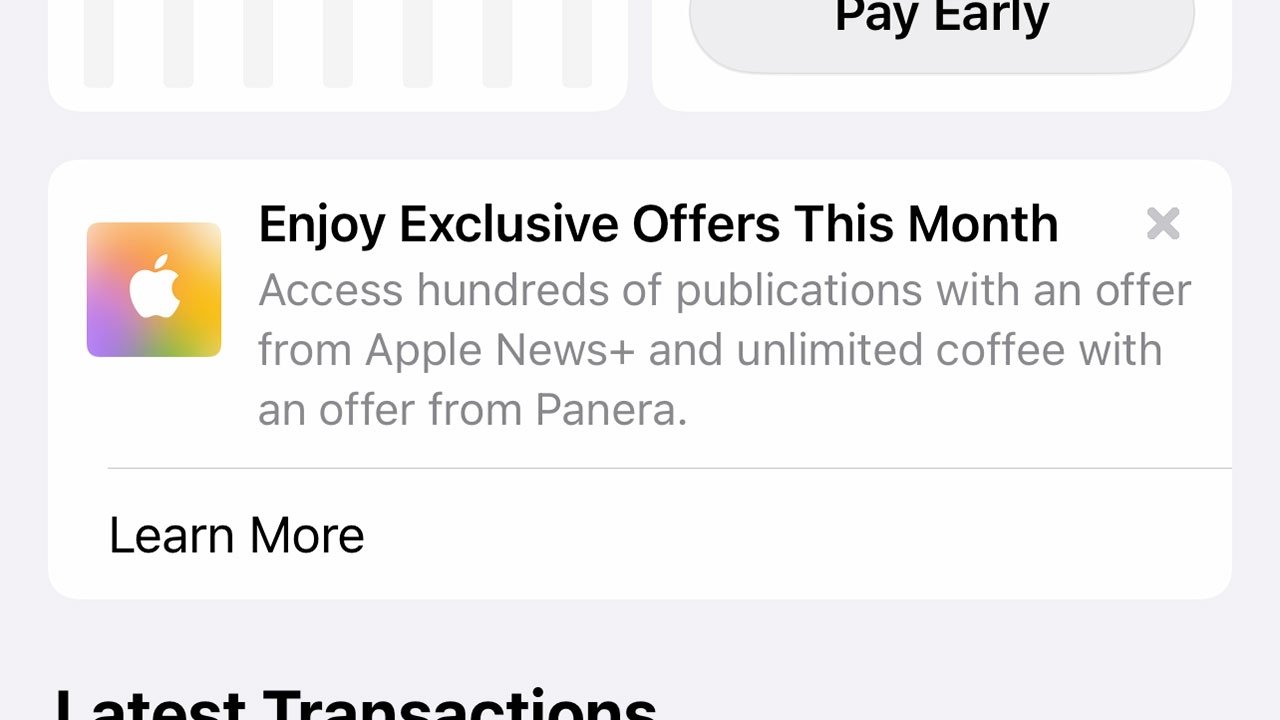 While an embedded “Learn More” link is currently uavailable, accompanying text suggests Apple will soon use the feature to push first party services like Apple News+.

The section was spotted on both iOS 14 and iOS 15, meaning the feature is linked to Apple Card’s backend and is not tied to an upcoming iOS revision. Those who have seen the promo card, including AppleInsider staff, report that it disappears after closing the Wallet app, suggesting the feature is in the process of rolling out.

As Apple Card is currently only available in the U.S., so too are the exclusive offers.

Apple has in the past partnered with retailers and other businesses on sign-up offers in a bid to boost Apple Card adoption, but regular monthly specials would be new to the product. Offers on first party services are also new and it remains unclear if the company plans to extend the promotion to other products like Apple Music or Apple One bundles.

The company most recently used Wallet to advertise a Daily Cash deal that afforded new card holders up to 6% cash back — double the standard rate — during the month of March.