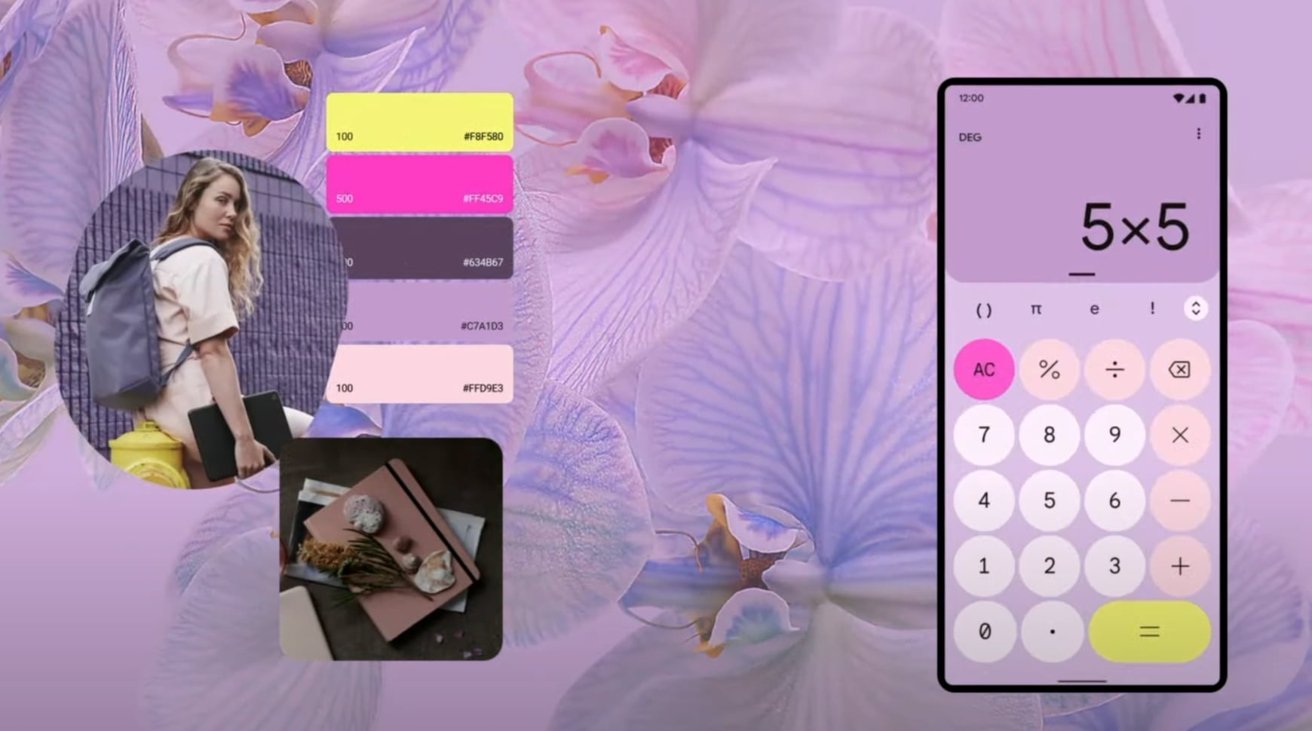 Android 12 will provide users with a more personalized appearance as part of its new interface, with the “Material You” concept offering dynamic color selections as well as easier summoning of the Google Assistant.

Marked as a fundamental change in how users can interact with their devices, Material You is a new user interface that effectively brings themes to Android.

Rather than sticking to a single color palette or theme, colors used throughout the operating system and in apps can be altered in various ways. Changeable on a whim, the selections travel with the user via their Google account, and is applied to all connected devices and services.

A Color Extraction feature takes advantage of this customization, by applying colors from within an image to a user interface. For example, main colors from a wallpaper can be incorporated into the rest of the home screen, taking dominant and complementary colors from the image.

The UI elements themselves are also seemingly rounder and chunkier than normal, something which is also shared by widgets and other components. Larger buttons are used in the Quick Settings, while the home screen now gains Home Controls, small icons taking users to essential items like the Google Wallet.

Dynamic lighting is also part of the appearance upgrades. For example, tapping the bottom of the display to wake it will start illuminating the screen from that point, but the origin point of where it lights up changes if you press the power button.

A new privacy dashboard will be included, showing what apps are accessing data like location information, as well as the microphone and camera, complete with options to revoke permission. An indicator also displays when the mic and camera are in use by an app, though they can be disabled within Quick Settings.

Following on from Apple’s CarKey API, Google is also taking on the concept in Android, Digital Car Key will provide comparable options to lock, unlock, and start a vehicle from a smartphone. It will also use both NFC and ultra wide-band for communications with the vehicle, while there will also be options to share a key with another person’s device remotely.

Google will be rolling out Android 12 and the Material You concept this fall in its Pixel devices. Digital Car Key will also launch in the fall for select Google Pixel and Samsung Galaxy devices, and BMW is named among the car producers working with Google to support it.

How To Buy Bitcoins In Your Country